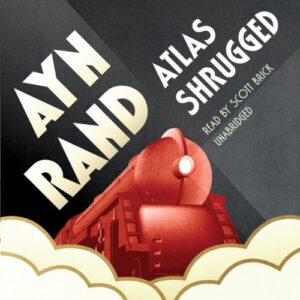 In a scrap heap within an abandoned factory, the greatest invention in history lies dormant and unused. By what fatal error of judgment has its value gone unrecognized, its brilliant inventor punished rather than rewarded for his efforts?

In defense of those greatest of human qualities that have made civilization possible, one man sets out to show what would happen to the world if all the heroes of innovation and industry went on strike. Is he a destroyer or a liberator? And why does he fight his hardest battle not against his enemies but against the woman he loves?

Tremendous in scope and breathtaking in its suspense, Atlas Shrugged is Ayn Rand’s magnum opus, an electrifying moral defense of capitalism and free enterprise which launched an ideological movement and gained millions of loyal fans around the world.

I Am John Galt

Atlas of the Seven Continents