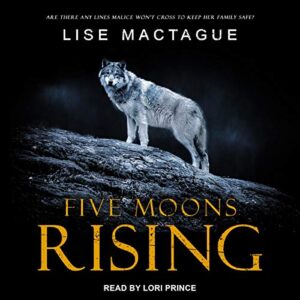 Code-named Malice, Hunter Mary Alice Nolan was genetically modified and rigorously trained to use her great strength, heightened senses, and killer instincts to track and eliminate supras who prey on the innocent. A loner by choice, her only real link to the human world is her close connection to her mother and sister – until the unthinkable happens…

Ruri Samson has been a werewolf for more than a century and is comfortably situated as the Beta of her peaceful pack. Until she is betrayed by the woman she loves and an evil outsider massacres her Alpha and his most loyal followers. Barely escaping with her life, Ruri is forced to tread the perilous path of a lone wolf while vowing vengeance against the usurper and his minions.

Although these two powerful women should rightfully despise each other, fate will soon compel them to join forces on a dangerous quest to avenge their loved ones – and will ignite a forbidden passion that neither of them ever imagined.