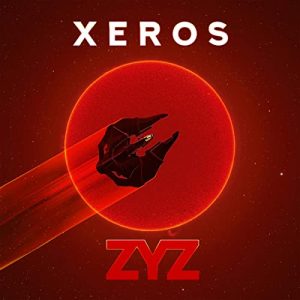 ““What is your crime?” Sergeant Tsuros demanded.

“I betrayed mankind. I collaborated with the enemy.”

“What is your name?”

The drill sergeant turned his back on me. One by one, the other inmates in the training flight followed suit. They did this every self-critique, and it always hurt in a deep way no physical punishment could. 5257, the year of the Metal Rat. Ananke Station, a decrepit prison on the dusty fringe of inhabited space. A cadre of conscripted criminals drill relentlessly in preparation for one final mission, the last gasp of a dying stellar empire.

Under the brutal tutelage of Sergeant Tsuros, the prison squadron has been beaten, berated, and brainwashed into believing they are mankind’s only hope. But in a single moment of weakness, all is lost. Tsuros’ star pupil glimpses the truth and loses his faith. Abducted from an orbital ring at age 15, Traitor can’t even remember what freedom felt like. He conceals his secret knowledge from his squad mates, and becomes an outcast, disillusioned and desperate.

As the day of destiny nears, Traitor dreams of an impossible escape. But is there any way out? Can the other inmates be won over, or trusted at all? Or will Tsuros the tyrant triumph, and force the young ace back into the fold?

Xeros is an intense foray into a far-future, hard science fiction, space-ace bootcamp that edges ever-closer to the ultimate Icarian glory.