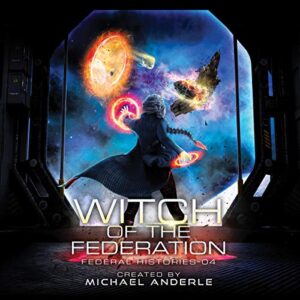 Vishlog is working to understand the Morgana group and just what he has “volunteered” to be part of. Hopefully, he won’t die before he learns.

The Witch of the Federation has matured, and she has learned how to be a bit more aggressive. She chooses to use this new strength…to go on a date.

Will Todd be able to handle the new Stephanie, or will even the Toddster succumb to fear when and if the Morgana reveals herself?

Stephanie and her team need a break, but the Federal Navy comes to Elizabeth, hat in hand, to ask for a favor. Unfortunately, it requires the team to go active earlier than they should. Will they accept?

Will Stephanie’s team be able to defend the Federation?

She is a Morgana. There are no other alternatives, no matter the risk to her and her team.

Witch Is Why the Wolf Howled