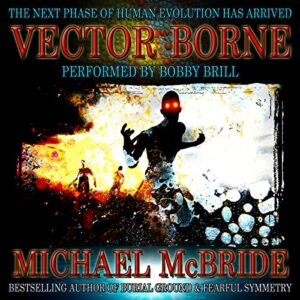 A team of scientists unlocks the secret of the next phase of human evolution in the most unstable geological region on the planet… at the bottom of the sea in the Pacific Ring of Fire. When a massive earthquake rocks Oceania, generating a tsunami that decimates the surrounding islands and sinks the research vessel, a rescue team is dispatched – only to find that the majority of the crew had been slaughtered prior to the ship’s foundering.

The survivors find themselves stranded in the middle of nowhere on an island that’s being ripped apart from the inside out, desperately trying to reach the lone settlement on the far side.

But they aren’t alone.

Something is hunting them from the jungle, something borne of the fire at the Earth’s core. And their only hope for escape rests in the hands of a man who would sooner let them all die than share the island’s secrets.

The Lair of Anubis