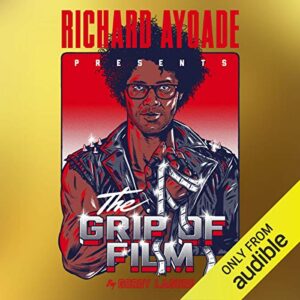 You SLUG the guy.

You KISS the dame.

You TOTAL the car.

That’s movies. And I love ’em.

Gordy LaSure’s passionate about film. He eats film, he drinks film, and sometimes he’ll even watch a film. But most of all, he loves talking about film, and how they’d be a shit-ton better if only people would pull their asses out of their ears and listen to Gordy LaSure.

The voyage of this audiobook can be categorised as an attempt to understand How In Hell Film Works. Why are some films bad and some films terrible? How come just a handful of films (Titanic, Porky’s, Dirty Harry) are any good at all? Gordy’ll tell you How and Why, and he’ll give you a shot of Wherefore on the side. And he doesn’t shoot from the hip; he shoots from the gut.