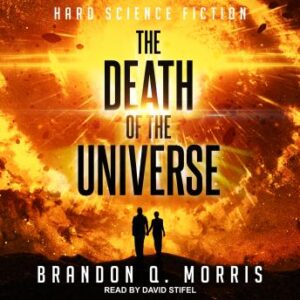 For many billions of years, humans-having conquered the curse of aging-spread throughout the entire Milky Way. They are able to live all their dreams, but to their great disappointment, no other intelligent species has ever been encountered. Now, humanity itself is on the brink of extinction because the universe is dying a protracted yet inevitable death. They have only one hope: The ‘Rescue Project’ was designed to feed the black hole in the center of the galaxy until it becomes a quasar, delivering much-needed energy to humankind during its last breaths. But then something happens that no one ever expected-and humanity is forced to look at itself and its existence in an entirely new way.

The Neil Gaiman at the End of the Universe

Where the Universe Came From