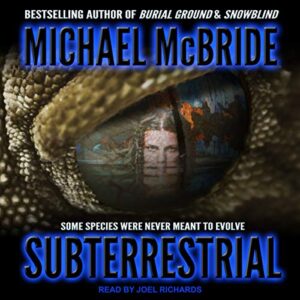 An accident during the construction of a tunnel beneath the Bering Strait leads to the discovery of a network of caverns and evidence that hints at the survival of a primitive human species. Led by DARPA technologist Reinhard Thyssen, a team of experts from around the globe is dispatched into the subterranean maze to discover all they can before the caves completely flood.

Something lurks in the darkness, though…a creature that has evolved into a predator unlike any the world has ever known, and it’s up to the scientists to make sure that it never reaches the surface. If they can survive that long.