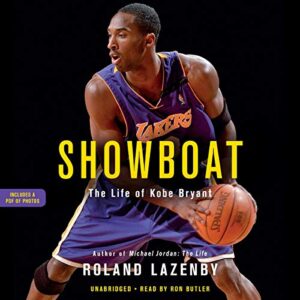 Seventeen-time all-star; scorer of 81 points in a game; MVP; and a shooting guard second only to Jordan in league history: Kobe Bryant is one of basketball’s absolute greatest players, a fascinating and complicated character who knew when he was a mere boy that he would be better than Jordan on the court.

The debate about whether he achieved that is a furious one – but Kobe has surpassed Jordan on the all-time scoring list and has only one less championship than Jordan (five to Jordan’s six).

The Lakers are the flashiest team in all of sports, and the context in which Bryant played is salacious and exciting. Provocative stories mixed with good old fashioned basketball reporting make for a riveting and essential listen for any hoops fan.