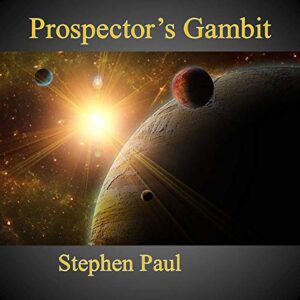 A deadly virus, a top-secret government conspiracy, and an alien threat have Earth in the cross-hairs for a scheduled apocalypse.

A chance encounter half a galaxy away between a rogue space captain and a mysterious high-tech robot may offer the unwitting people of Earth their only chance at survival.

Kyr Syzygy never thought himself a hero. He was content working as a prospector, skimming a little of the profits, and mostly living a happy-go-lucky existence. When his luck finally catches up to him, Kyr finds himself on the run and in a race against time to save his one and only friend — a 16-year old genius navigator nicknamed Wormie. Fortunately for Kyr, a robot called Six is also on the run, and when the two team-up they learn that they make a formidable duo.

Now Kyr must find a way to hide from the galaxy’s most dangerous assassins, but Six has a mission of his own. If Six can convince the stubborn human to help, it may offer Kyr a chance to be something he never thought possible…a hero.