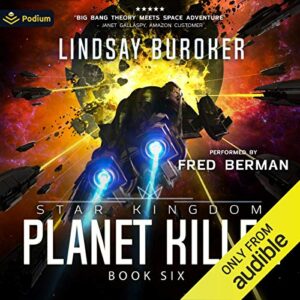 Casmir has survived against impossible odds, and now he longs to return home. But an invasion force is blockading the Kingdom’s wormhole gate, and it would be suicidal to fly through it now. Worse, his family and friends are stuck on the other side, with hostile forces attacking their home world.

The only way Casmir can help is to find out who’s behind the invasion…and convince him to stop.

But Casmir isn’t known for his ability to strong-arm people, and this is one enemy who won’t be won over by his friendly demeanor. As he soon finds out, he must face the very rich and very powerful person who’s been trying to have him killed for months.