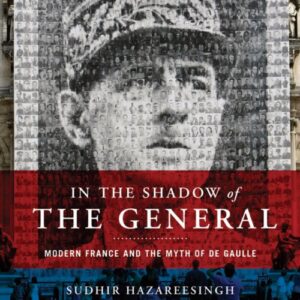 Charles De Gaulle’s leadership of the French while in exile during World War II cemented his place in history. In contemporary France, he is the stuff of legend, consistently acclaimed as the nation’s pre-eminent historical figure. But paradoxes abound. For one thing, his personal popularity sits oddly with his social origins and professional background. Neither the Army nor the Catholic Church is particularly well-regarded in France today, as they are seen to represent antiquated traditions and values. So why, then, do the French nonetheless identify with, celebrate, and even revere this austere and devout Catholic, who remained closely wedded to military values throughout his life?

In The Shadow of the General resolves this mystery and explains how de Gaulle has come to occupy such a privileged position in the French imagination. Sudhir Hazareesingh’s story of how an individual life was transformed into national myth also tells a great deal about the French collective self in the twenty-first century: its fractured memory, its aspirations to greatness, and its manifold anxieties. Indeed, alongside the tale of de Gaulle’s legacy, the author unfolds a much broader narrative: The story of modern France.