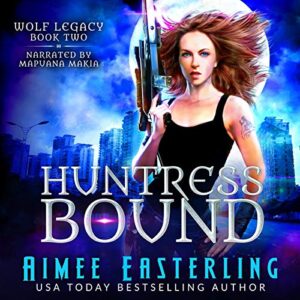 Ember never meant to break the cardinal shifter law. But when she finds herself mated to a human professor studying alpha dominance, she realizes that Sebastien’s analytical mind is a roadblock she’ll struggle to surpass.

Except…Sebastien isn’t the only scientist on the trail of shifter-kind. When the professor is taken into custody by top-secret government agents, Ember vows to break into their headquarters and retrieve her imprisoned mate.

Too bad her only ally is a werewolf enforcer duty bound to take out any threat to the long-term existence of the packs. And if Ember allows control over her own inner wolf to slip, she might very well become the cause of her human partner’s demise.

Dive into the second audiobook in an urban fantasy series that’s been described as a “fantastic story” full of “intrigue, suspense and bravado”.