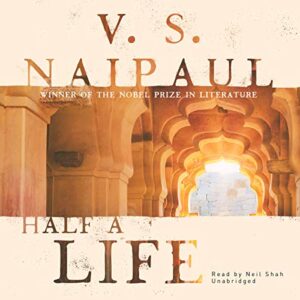 In a narrative that moves with dreamlike swiftness from India to England to Africa, Nobel Laureate V. S. Naipaul has produced his finest novel to date, a bleakly resonant study of the fraudulent bargains that make up an identity.

The son of a Brahmin ascetic and his lower-caste wife, Willie Chandran grows up sensing the hollowness at the core of his father’s self-denial and vowing to live more authentically. That search takes him to the immigrant and literary bohemias of 1950s London, to a facile and unsatisfying career as a writer, and at last to a decaying Portuguese colony in East Africa, where he finds a happiness he will then be compelled to betray. Brilliantly orchestrated, at once elegiac and devastating in its portraits of colonial grandeur and pretension, Half a Life represents the pinnacle of Naipaul’s career.

Listen Half a Life: A Novel.

Life of a Klansman

Life Is in the Transitions

Notes on a Century