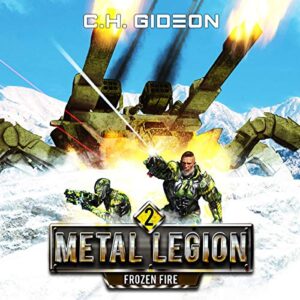 An ice planet. Three species vying for power. Then the humans arrive. Thrust into the middle of combat with enemies from the air, ice, and space, the Metal Legion pulls no punches, hitting back with everything they have.

Who comes through unscathed? Surely not Elvira and her crew. Captain Xi Bao faces her greatest challenge during a secret mission. Alone and unafraid, she does the unthinkable.

From criminals to heroes, the Armor Corps defends the interests of all Terrans, even if the politicians don’t seem to be fighting the same war.