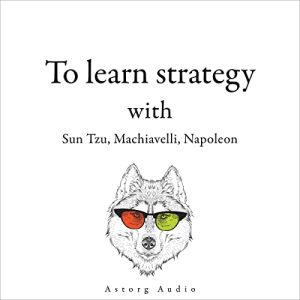 300 Quotes to Learn Strategy with Sun Tzu, Machiavelli, Napoleon is a collection of insightful quotes from three of the world’s greatest-ever leaders, generals and thinkers.

From Niccolò Machiavelli, the father of modern political philosophy, and Sun Tzu, an ancient Chinese general and military strategist, to Napoleon Bonaparte, the famous French Emperor of France, this brilliant collection will teach you everything there is to know about strategy.

Napoleon Bonaparte (1769 – 1821) was a French military and political leader who was also Emperor of France. He remains one of the most celebrated and controversial leaders in world history and his legacy still resonates today.

Niccolò di Bernardo dei Machiavelli (1469 –1527) was an Italian historian, author, and diplomat often referred to as the Father of modern political philosophy and political science.

Sun Tzu was an ancient Chinese general, military strategist, writer, and philosopher, best known for his book The Art of War, which continues to inspire military thinking to this day.