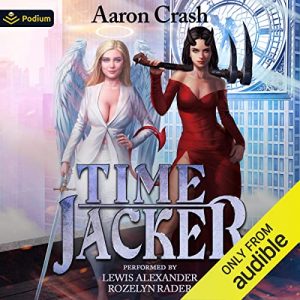 If you could stop time, what would you do?

Jack Masterson wanted to be a cop like his dad—what he got instead was kicked off the force for doing the right thing. Sometimes fate can be cruel. Now, Jack works a crappy job as a bank security guard. But when a bank robber unloads a shotgun in his face, Jack raises his hand…and stops time.

The Sixth Demon: Book One