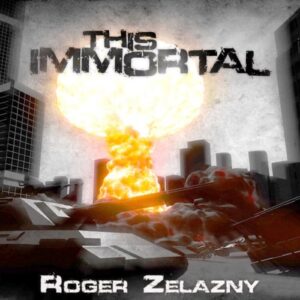 Conrad Nomikos has a long, rich personal history that he’d rather not talk about. And, as arts commissioner, he’s been given a job he’d rather not do. Escorting an alien grandee on a guided tour of the shattered remains of Earth is not something he relishes – especially since it is apparent that this places him at the center of high-level intrigue that has some bearing on the future of Earth itself. But Conrad is a very special guy….

Written by the late Roger Zelazny, This Immortal was originally published under the title …and Call Me Conrad. It shared the 1966 Hugo Award for Best Novel with Frank Herbert’s Dune.