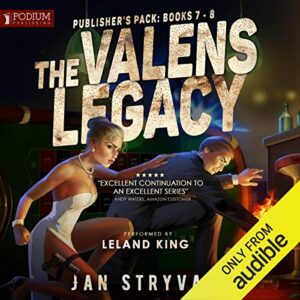 Fresh from his victory in Reno, Sean’s now in Las Vegas to fulfill his promise to help the lycans there with their own slavery problems.

Then there are all those magic users who come to sin city to play, and many of them play rough when it comes to both the lycans and the mundanes. While shutting down those casinos that won’t see reason will help, Sean still has to figure out ways to help Roxy’s father and the others in their quest to rein in the worst of the excesses. They may say that what happens in Vegas stays in Vegas, but the truth is, what happens in Vegas could very well send a notice to the rest of the nation councils that things are changing, and this lion plays for keeps.

Things are starting to heat up for Sean and for some of his allies, as well. The Sacramento Vestibulum council is starting to act in ways that no one had anticipated, and the Gradatim national council is by no means standing idly by, either. When several of the councils decide to ban together in a move to eradicate Sean’s followers and remove him, as well, Sean has no choice other than to try and teach them a painful lesson.

But those aren’t all the problems that Sean now has to deal with. More and more people are counting on him as the days go by, and the burdens he must shoulder are quickly growing. Between the magical work he must do, the people he must lead, the battles he has to fight, and the money he needs to earn, Sean barely has time for his wives, much less himself these days. And if dealing with the magic users isn’t enough, there are some very “mundane” issues on the horizon that he may soon find himself dealing with as well.

WARNING: The Valens Legacy: Publisher’s Pack 4 contains explicit sexuality, nudity, violence, a guy who makes werewolves play fetch in the park for dog biscuits (they’re really good biscuits, trust me; that’s why they haven’t killed him, yet), and a guy who just wants to send his daughter to the best cooking school in the country.

One thought on “The Valens Legacy: Publisher’s Pack 4”