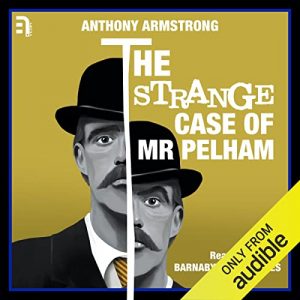 First published in 1957, The Strange Case of Mr Pelham is Anthony Armstrong’s masterclass in suspense, a slow-burning examination of a man’s descent into paranoia.

Filmed several times for television in both the UK for the BBC and in the US as an episode of Alfred Hitchcock Presents, Armstrong’s Pelham eventually hit the big screen in 1970 as the movie The Man Who Haunted Himself, starring Roger Moore.

Published as an audiobook for the first time in more than half a century, this classic period piece is set to bring one of the great 20th-century thriller writers to a new generation of admirers.

The Strange Case of the Alchemist’s Daughter

Maigret and the Nahour Case

Strange and Ever After