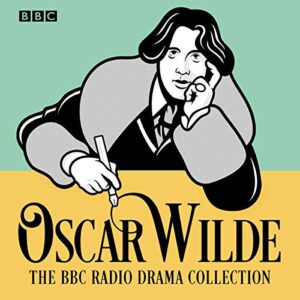 The Picture of Dorian Gray: a dramatisation of Wilde’s sole novel, about the unsettling youth of Dorian Gray and the ravaged picture in his attic. Starring Jamie Glover, Ian McDiarmid, Steven Pacey.

Lady Windermere’s Fan: a comic play about a woman who suspects her husband is having an affair. Starring Joely Richardson and Penelope Keith.

A Woman of No Importance: a devastating drawing room comedy about the rakish Lord Illingworth, notorious for his skill as a seducer while his female conquests must hide their shame in seclusion. Starring Martin Jarvis, Diana Rigg and Annette Crosby.

An Ideal Husband: a play about the plight of a politician desperate to hide a secret about his past. Starring Noel Johnson, Ronald Lewis and Jane Wenham.

In Extremis by Neil Bartlett: a play that reimagines Wilde’s hastily arranged sitting with a society palm reader, a week before the trial that was to cost him so much. Starring Corin Redgrave and Sheila Hancock.