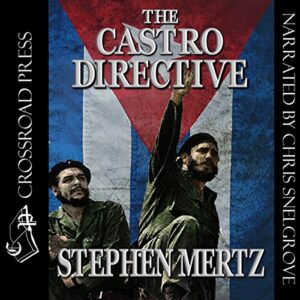 The Castro Directive is an energetic thriller that will appeal to readers of Ken Follett and Jack Higgins.

Cuba. 1961. An armed force of 1500 Cubans-trained, equipped and supported covertly by the CIA under direct White House sanction-is about to launch a massive military strike with the objective of overthrowing Fidel Castro. In Vietnam, Sergeant Graveyard Morgan is yanked from a Special Forces firebase and sent straight into the Cuban action to identify and eliminate a Castro spy. It’s a race against time that stretches from the Oval Office of President John F. Kennedy to the bloody hell battlefield that was The Bay of Pigs.

A rich evocation of time and place, The Castro Directive offers a provocative blend of fact and fiction, of mystery, romance and suspense.