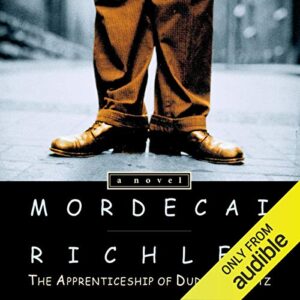 From Mordecai Richler, one of our greatest satirists, comes one of literature’s most delightful characters, Duddy Kravitz – in a novel that belongs in the pantheon of seminal 20th century books. Duddy – the third generation of a Jewish immigrant family in Montreal – is combative, amoral, scheming, a liar, and totally hilarious. From his street days tormenting teachers at the Jewish academy to his time hustling four jobs at once in a grand plan to “be somebody”, Duddy learns about living – and the lesson is an outrageous roller-coaster ride through the human comedy. As Richler turns his blistering commentary on love, money, and politics, The Apprenticeship Of Duddy Kravitz becomes a lesson for us all… in laughter and in life.

Plan for the Worst