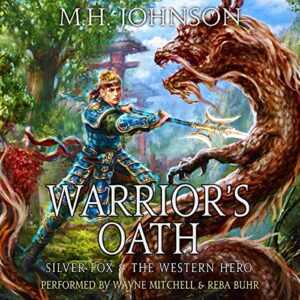 Alex survives a Silver Alchemist’s best efforts to destroy him, but not without paying a terrible price.

He soon finds himself stripped of all aid, allies, and resources, with all hands turned against him.

Even worse, if Alex can’t make it to the capital city while dodging all the perils and traps his enemies place in his path, millions of innocents, including the first girl to ever touch his heart, will perish in terror and flame.

Alex’s focus, resolve, and ability to overcome catastrophic peril will be put to the test like never before, his trials serving as the key to a path of power that could one day forge the deadliest cultivator this world has ever known.

Assuming Alex survives, which is no small thing, with so many foes eager to kill him!

Eager for a fast-paced Wuxia/LitRPG adventure filled with deadly adversaries, exotic adventures, and mighty cultivators fighting for the power to topple kingdoms? Then listen on!