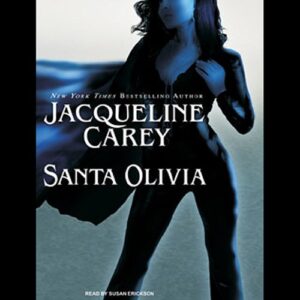 Loup Garron was born and raised in Santa Olivia, an isolated, disenfranchised town next to a U.S. military base inside a demilitarized buffer zone between Texas and Mexico. A fugitive “Wolf-Man” who had a love affair with a local woman, Loup’s father was one of a group of men genetically manipulated and used by the U.S. government as a weapon. The “Wolf-Men” were engineered to have superhuman strength, speed, sensory capability, stamina, and a total lack of fear, and Loup, named for and sharing her father’s wolf-like qualities, is marked as an outsider.

Life of the Party