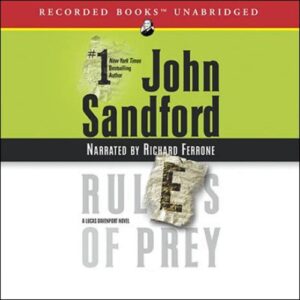 The “maddog” murderer who is terrorizing the Twin Cities is two things: insane and extremely intelligent. He kills for the pleasure of it and thoroughly enjoys placing elaborate obstacles to keep police befuddled. Each clever move he makes is another point of pride. But when the brilliant Lieutenant Lucas Davenport, a dedicated cop and a serial killer’s worst nightmare, is brought in to take up the investigation, the maddog suddenly has an adversary worthy of his genius.

First, Break All the Rules