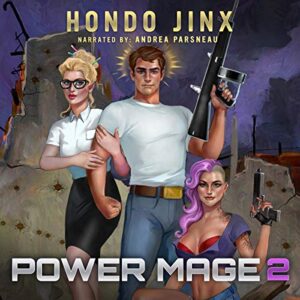 One heroic action opened a gateway to ultimate power.

Twenty-four hours later, Brawley is a power mage with two incredible women and one hell of a mission statement.

But bonding is forever. Can he find a nice girl among these super powered savages?

Meanwhile, everyone is hunting him, including mafia hit men, government agents, and a voluptuous bounty hunter harboring a dark secret only Brawley can solve…if he lives that long.

Warning: Power Mage is an explosive series containing graphic violence and detailed sex scenes between the male protagonist and multiple women who can wreak serious havoc with their minds. Listen at your own risk.

The Power of the Pussy: Part Two