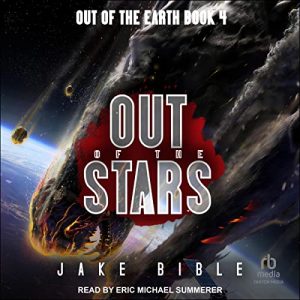 Anson Lowell has found himself trapped somewhere he never thought possible . . . inside a kaiju!

More than that, he now controls the kaiju and quickly learns that the dangers that are destroying Earth are the least of humanity’s problems.

With the Ebony Man on the loose, and extraterrestrial threats heading to destroy the planet, Lowell, VanderVoort, Lu Morgan, Connor Bolton, and the rest of the ragtag team of survivors, must race against the clock to salvage what is left of humanity before the biggest threat Earth has ever seen arrives . . .

A War of Swallowed Stars

Eagle Against the Stars