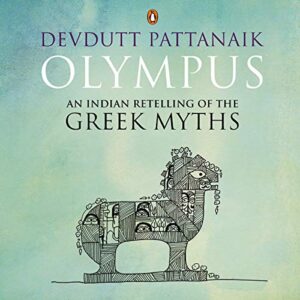 Is there a connection between Greek and Hindu mythology then? Does it have something to do with a common Indo-European root? Or maybe an exchange of ideas in the centuries that followed the arrival of Alexander the Great, when Greek emissaries travelled to the kingdoms of Mathura and Magadha?

In this book, mythologist Devdutt Pattanaik turns his attention to ancient Greek tales and explores a new world of stories. Long have Europeans and Americans retold Indic mythologies. It is time for Indians to reverse the gaze.