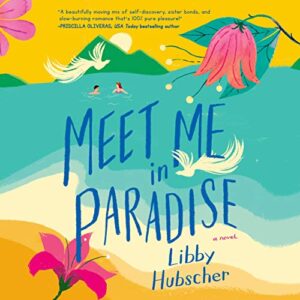 Taken a risk on love

…But if her sister’s plan works, she just might do all three.

Ever since her journalist mother died on assignment, Marin has played it safe, refusing to set foot outside the state of Tennessee. Her wild-child younger sister, Sadie, has trotted the globe as a photographer, living off of art and adrenaline.

When Sadie returns from a tough assignment abroad and looks a little worse for wear, Marin reluctantly agrees to a sisters’ spa weekend on the tropical island of Saba. But her lifelong fear of travel is affirmed when Sadie misses the flight, Marin’s luggage gets mixed up with another passenger’s, and an episode of turbulence sends her hurtling into the lap of Lucas Tsai, the handsome stranger who stole her sister’s seat.

For the first time in a long time, Marin has to step outside of her comfort zone as she explores the island with Lucas and learns what she’s been missing out on. With each breathtaking new experience, Marin gets closer to her real self, the man she’s falling for, and the heart-wrenching truth about why she’s there in the first place.