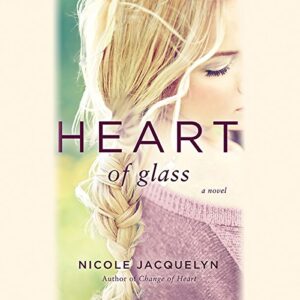 The next stand-alone novel from Nicole Jacquelyn about love, friendship, and forgiveness.

Henry Harris was living his dream as a staff sergeant in the Marines. When he’s killed in action, his devastated family is in for one more shock: he had a daughter they never knew about.

Morgan Riley has been raising Etta on her own, and that’s always been fine by her – until Henry’s brother Trevor arrives on her doorstep, willing to do anything to help and make up for his brother’s mistakes. Their attraction feels wrong, but Morgan can’t seem to turn him away.

Trevor is suddenly in too deep. He has always wanted a family, but Etta and Morgan come with complications. Yet as Etta brings them closer together, Trevor begins to imagine giving Morgan and Etta the life his brother never could. But he wonders if Morgan will ever learn to trust another man with her heart, especially a man whose last name is Harris.