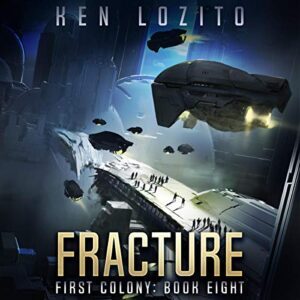 Colonel Sean Quinn is stranded in another universe, along with 2,000 people under his command. They’ve been hiding from the enemy long enough, now it’s time to return home. Outnumbered against a superior foe, Sean must risk everything in a daring operation, but the mysterious enemy has a few surprises of their own.

Meanwhile, a division threatens to tear the colony apart and Connor Gates is caught in the middle. Their best chance to prepare for a formidable multidimensional aggressor is to form an alliance with one of their victims, but the more they learn about New Earth’s inhabitants, the more resistant to an alliance the colonial government becomes.

When a shadow group seeks to undermine the alliance, Connor must do what he swore he would never do in order to protect the colony. For Connor, the stakes have never been so high or so personal. The price will be paid by everyone if he fails.