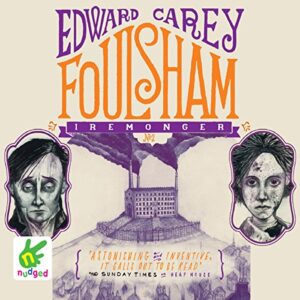 In the aptly named borough of Foulsham, Grandfather Umbitt Iremonger has found a way of making everyday objects assume human shape, and turning real people into objects. Lucy Pennant has been discarded as a clay button, abandoned in the Heaps. Meanwhile, Clod has been turned into a gold coin and is being passed as currency through the town. Everywhere people are searching for Clod, who, it is believed, has the power to bring the mighty Umbitt down.

Material: Making and the Art of Transformation

The Boy Next Door