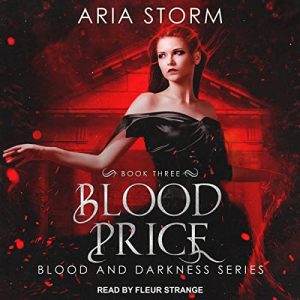 My week is off to a bloody terrible start. A horrifyingly grizzly mortal death has my new friend Quinn convinced we have a Dark Druid lurking about. Add to that, a possible creature from another world—a shadow world—hunting and killing humans. I also seem to have slipped up and revealed to my newly mated she-wolf that her grandfather is convinced he is dying.

With the rising death rate of humans, and a mysterious lockdown on the vampyr court, I have my hands full, and not all are problems I can tackle myself. I will be forced to watch as my daughter fights her own battles. All the while attempting to restrain myself from murdering her so-called stepmother!

Before all is over, I will come face-to-face with powers that potentially rival the gods.

A Dowry of Blood

A River of Royal Blood

From Blood and Ash

The Secrets in Shadow and Blood