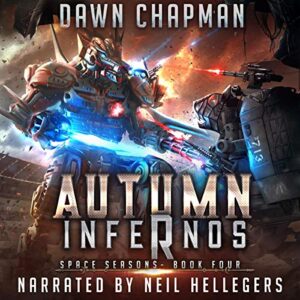 Rumors and rebellion. Truths and lies. Allies and choices.

Their work complete, Kyle and his guild leave Tolsa. The rebellion against Arndale is spreading, the economy is destroyed. They took everyone with them when they fled the doomed world, including their new allies the M-Wolves. Kyle wants to begin his final missions: rescue his familiar, meet Motaki’s mech challenge, and save the Denti homeworld.

Yet, Kyle is nowhere near ready, and he knows it. They must upgrade and train every possible second, or everything will be lost. Arndale has other plans, and attacks the orphans on Cinna forcing Kyle to reverse course. With no choice but to throw everything he has into defending those he really cares for, Kyle risks everything for the greater good.

Time is running out and the Sitha’s life is fading fast. Pushing himself and his team to the maximum, Kyle must make the ultimate sacrifices, get to that mech arena, and defeat Arndale once and for all.