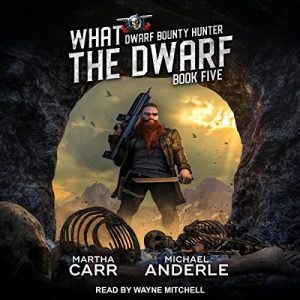 Johnny Walker brought his daughter’s killers to justice – Dwarf-style. Time for a new adventure with his hounds by his side.

Our favorite Dwarf is hunting monsters on his own time. That’s Johnny’s idea of fun. The only Fed along for the ride is Lisa, and even she’s off the books.

Shifters in the Everglades are going missing. Is it a feud between local packs or something more sinister?

Johnny and Lisa are on their first private case. A case that keeps getting bigger and bigger.

Old school Oriceran magic is at play. You know, the kind that has been banned because it’s too dangerous. Even dark magicals don’t touch the stuff. Does anyone still know the antidote?

Can Johnny and Lisa put a stop to the kidnappers and rescue everyone before it’s too late?

Two Necromancers, a Dwarf Kingdom, and a Sky City

Cursing Up a Storm