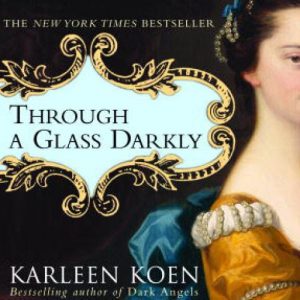 As opulent and passionate as the 18th century it celebrates, Through a Glass Darkly will sweep you away to the splendors of a lost era. From aristocrats to scoundrels, its rich, vivid characters create their own immortality. Here is the story of a great family ruled by a dowager of extraordinary power; of a young woman seeking love in a world of English luxury and French intrigue; and of a man haunted by a secret that could turn all dreams to ashes.

Through the Looking Glass