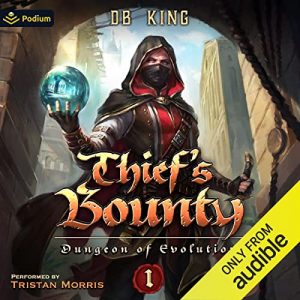 A thief with a bounty on his name steals a dungeon faerie. This one moment will change Kraken Island forever.

“Marcus the Exile” thought his life was done for, until he found a dungeon faerie with immense power on offer. Now, he’s the owner of pocket dungeons that spontaneously evolve whenever items are left inside them. Scum on a boot? That’s a monster. A sword left by an adventurer? You bet that’s gonna be a monster.

But this power of evolution isn’t just happening to the dungeon and its creatures, it’s happening to Marcus, and anyone near the dungeon. No one knows why, least of all Marcus. If he’s not careful, he might end up becoming the most powerful man on Kraken Island.