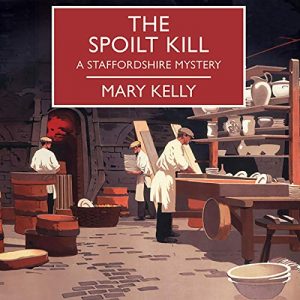 1950s Staffordshire. Within the clay tanks at the pottery company Shentall’s, a body has been found. Amid cries of industrial espionage and sabotage of this leader of the pottery industry, there is a case of bitter murder to solve for Inspector Hedley Nicholson.

Kelly’s mystery won the CWA Gold Dagger Award in 1961 for its impeccable sense of place and detail, and for the emotional weight of its central crime. The novel is part of a shift from the cosiness of crime novels before to mysteries characterised by their psychological interest and affecting realism. An influential classic.

Murder at the Royal Albert Hall