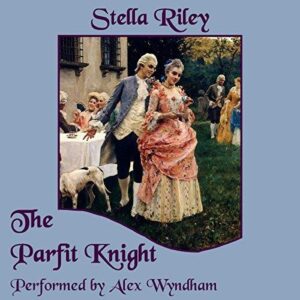 When the Marquis of Amberley’s coach is waylaid by highwaymen and his coachman shot, he is forced to take shelter at the first house he finds and is subsequently trapped there for a week by a severe snowstorm.

Oakleigh Manor is the home of Rosalind Vernon who lives alone but for her devoted servants and an ill-natured parrot, cut off from the outside world by the tragic result of a childhood accident. But Rosalind is brave and bright and totally devoid of self-pity – and it is these qualities which, as the days pass and the snow continues to fall, touch Amberley’s heart.

On his return to London, the Marquis persuades Rosalind’s brother, Philip, to bring her to town for a taste of society, despite her handicap. But the course of Amberley’s courtship is far from smooth. Philip Vernon actively dislikes him; Rosalind appears to be falling under the spell of the suavely elegant Duke of Rockliffe; and worse still, Amberley is haunted by a dark and terrible secret that, if revealed, may cause him to lose Rosalind forever.

The Duke and I