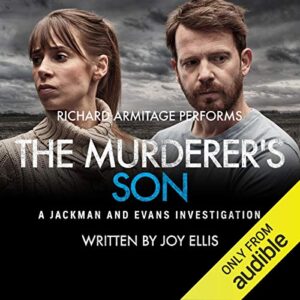 Crimebusting duo DI Jackman and DS Evans are back, solving another crime that will make your skin crawl.

Twenty years ago: a farmer and his wife are cut to pieces by a ruthless serial killer.

Now: a woman is viciously stabbed to death in the upmarket kitchen of her beautiful house on the edge of the marshes.

Then a man called Daniel Kinder walks into Saltern police station and confesses to the murder.

But DI Rowan Jackman and DS Marie Evans of the Fenland Constabulary soon discover that there is a lot more to Daniel than meets the eye. He has no memory of the first five years of his life and has a rather unusual obsession with his mother….

Full of twists and turns, this is a crime thriller that will keep you gripped until the shocking ending.