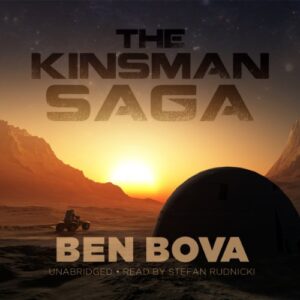 In a startling future that’s coming closer every year, Chet Kinsman is an astronaut ace who has done everything one can in space – including commit the first murder. It’s a secret he can never escape, not even on the moon, where he’s head of the first U.S. lunar colony.

A series of shocking yet strangely inevitable circumstances will force Kinsman to confront his hidden past and decide Earth’s destiny. In a desperate countdown to nuclear annihilation, Kinsman will struggle against a deadly dilemma: if he rescues the world, he risks destroying himself.