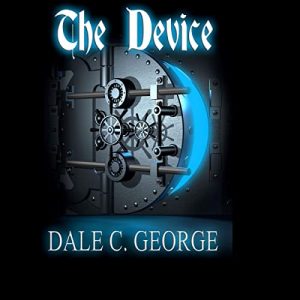 “The secret of time-traveling into the future, would be found in the past….”

When George d’Clare receives the diagnosis of Parkinson’s disease, he and his wife. Madison. organize a support group. This noble endeavor eventually leads them to meeting a strange man with an incredible story – a captivating tale about a device that could transport a person into the future and return them safely to the present. His far-fetched account also comes with an equally fantastic offer: to help him in a daring plan to use the device to bring back the cure for the disease. Thinking the man suffers from dementia, George dismisses him as delusional.

But when the strange man is later killed in a deliberate hit-and-run, the couple embarks on a search for the truth about the device, beginning with the perfectly handwritten diary he left behind. They soon discover that they are involved in a deadly cat-and-mouse chase through time, whose origin dates back to the final days of World War II and to a highly classified Nazi operation, codenamed “Firebird”.

Could there actually be a device capable of time travel? And if so, can George and Madison find it in time to stop the next phase of the inconceivable Firebird plan?

The Road to Madison

The Most Powerful Weight Loss Device Ever Made

Cry of the Firebird

Search for the Star Stones

The 22 Murders of Madison May