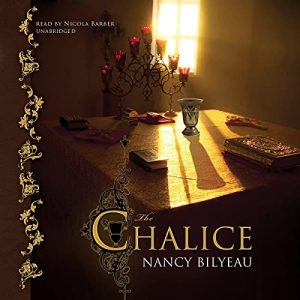 In the next novel from Nancy Bilyeau after her acclaimed debut The Crown, novitiate Joanna Stafford plunges into an even more dangerous conspiracy as she comes up against some of the most powerful men of her era.

In 1538, England is in the midst of bloody power struggles between crown and cross that threaten to tear the country apart. Joanna Stafford has seen what lies inside the king’s torture rooms and risks imprisonment again when she is caught up in a shadowy international plot targeting the king. As the power plays turn vicious, Joanna understands she may have to assume her role in a prophecy foretold by three different seers, each more omniscient than the last.

Joanna realizes the life of Henry VIII as well as the future of Christendom are in her hands—hands that must someday hold the chalice that lays at the center of these deadly prophecies.