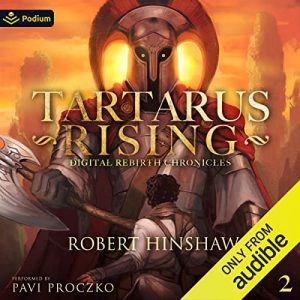 After escaping the Underworld and reuniting with his daughter, you would think Noah had earned himself a rest.

But newly arrived on an alternate version of Earth created by the Roman gods, Noah needs to find his missing son, Jim, while avoiding the further machinations of the gods.

Noah quickly finds himself at the center of a plot by the Norns, the Norse goddesses of Fate, to keep this new world’s history unchanged from the old—even if it takes a bloodbath to do it.

Pursued at sea by pirates and an ancient demigod, Noah must decide on which side of history he wants to stand before it’s too late…especially since the drums of war are beginning to beat in the New World.

When the Roman gods wake, Tartarus will rise with them!

The Rising of the Shield Hero 2