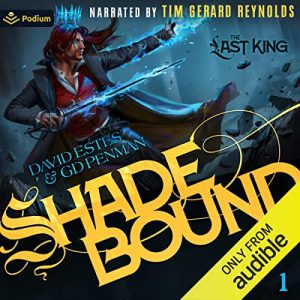 Assassins lurk in every shadow of Covotana Palace. Noble blood is spilled, and the firstborn scion of the usurped king has been summoned to seek justice by the twins who now claim his throne.

Artemio Volpe must contend with more than simple intrigue. The embers of war burn bright beyond the horizon of the northern steppes, his already estranged family has been hounded by the assassinations, and the shades of the dead pervade his body and mind, granting him their power at a terrible price.

Torn between his duty to the kingdom and his studies at the legendary House of Seven Shadows, Artemio finds his loyalties divided and time running out. After all, the fires burning to the north are not mere barbarian’s pyres. They’re dragon fire…