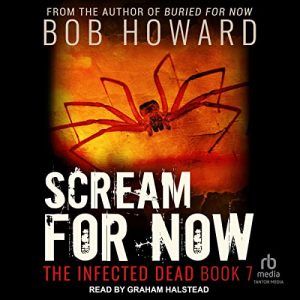 The survivors of the zombie apocalypse have built a safe but dangerous life inside the super shelter at Fort Sumter. As they attempt to learn who is living inside the Yorktown, the famous World War II aircraft carrier, the Mud Island family discovers that former government agencies have a diabolical plan to destroy the infected dead. Unfortunately, the plan could also eliminate the rest of mankind. The Chief and his friends face some of the most unexpected threats from the infected dead, the living, and the ever-changing laws of nature.

From the coast of South Carolina and the historic city of Charleston to New Orleans and the oil rigs in the Gulf of Mexico, north to Columbus, Ohio, and cities in between, civilization is in ruins. Shelters are discovered and inhabited, but survival now means fighting the evil that man can become, as well as the infected dead and the dangers of mutations in a runaway environment. The survivors fight to take back the world, but they find as long as there are living people, there will always be a fresh supply of the infected. The war may already be lost as mankind slowly vanishes.

1 Dead in Attic: After Katrina