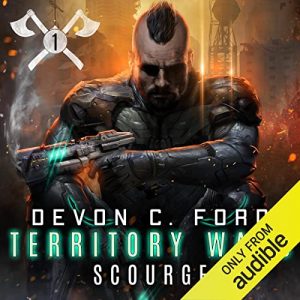 What could test a marine more than all-out war? The Scourge.

A mining colony in the outer reaches….

Supposedly another routine deployment for Mike Barton of the Combined States Marine Corps, but what they find on the surface is unlike anything anyone had ever encountered.

Horribly wounded in a battle with an unknown quantity, Barton only survives through a chance encounter with two special operators. As if the skirmish wasn’t enough, what comes next will be beyond his imagination.

Thrown into a joint task force with troops from the New Russian Confederacy, Barton must return to the colony, face what had be-fallen him there, and investigate what killed everyone.

The investigation will have to wait because the Scourge won’t. The fight for his life continues and his chances are slim.

The Scourge of War: The Life of William Tecumseh Sherman

The Wounded Land: The Second Chronicles of Thomas Covenant, Book 1

To the Strongest: The Bicentennial War, Book 1