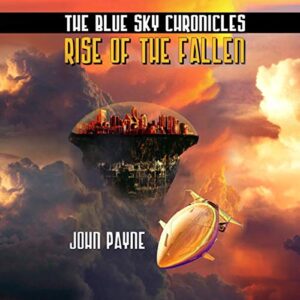 A lone warrior falls from the sky into a post-apocalyptic world where chaos rules. Unable to return, he joins Gunwayne, the captain of a mysterious airship known as The Drake. In exchange for his services, he is given the opportunity to return to his former home among the clouds. But throughout his adventures with the crew, the psychic soldier begins to wonder if his fall from grace was actually a blessing in disguise. Are the shackles of the sky really worth his freedom? And did he really belong there to begin with?

This is the first book of The Blue Sky Chronicles sci-fi action series.

Prayer of the Fallen

Service Games: The Rise and Fall of SEGA