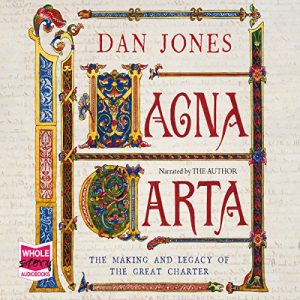 By the summer of 1215, King John of England had lost control of his kingdom. In June his rebellious barons forced him to attach his regal seal – under oath – to a remarkable document. The so-called ‘Great Charter’ established an Englishman’s right to habeas corpus and set limits to the exercise of royal power. For the first time, an English king had agreed to a document that limited his powers by law and protected his subjects’ rights.

More Great Scientists and Their Discoveries

MS-13: The Making of America’s Most Notorious Gang

The Great Age of Discovery, Volume 1